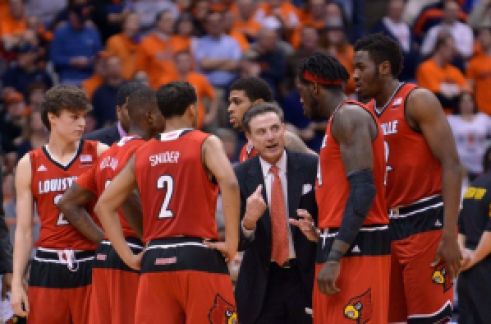 Matchup Preview:
Louisville is coming off a hard fought win over NC State 75-65. In a back and forth game, the Cardinals closed the game on a 22-11 run to advance to the Elite 8, where they will square off against the Michigan State Spartans. The Spartans disposed of the 3rd seeded Oklahoma Sooners 62-58, after starting the game down 18-8. The Sooners shot just 27.3% from the field following their hot start.

These two teams will meet up at the Carrier Dome in Syracuse, NY at 2:20 PM Sunday afternoon. While both teams have been boosted by exceptional guard play throughout the tournament, the team rebounding of Louisville will be a challenge for MSU, although the grit the Spartans have shown is second to none.

The matchup of great college basketball coaches, Rick Pitino and Tom Izzo, is very intriguing but the bigger matchup is Spartans Travis Trice vs the Cardinals Terry Rozier. These two players have shown the ability to lead their respective teams and have them in the thick of the national championship race.

Michigan State: Travis Trice has tallied 62 points 11 assists and 8 rebounds in 3 tournament games and also has 10 3PT FGS made.

Louisville: Montrezl Harrell, after a subpar outing vs UC-Irvine, has bounced back to being a force inside, averaging 19 PPG and 6.5 RPG.