By: Miguel A Martinez

Perennial German powerhouse Bayern Munich once again ran away with the title in 2014-2015. This year manager Pep Guardiola looks to replicate the same wire to wire domination with the additions of Chilean do everything midfielder Arturo Vidal and Brazilian winger Douglas Costa.

If Bayern Munich do get any challenge it will be from last season’s runner up VFL Wolfsburg. The Wolfsburg team is very confident at home where they were without a loss last season; even beating up on Bayern Munich by a score of 4-1. In order to continue to challenge the leaders Wolfsburg will be keen to hold onto former Chelsea attacking forward Kevin De Bruyne. De Bruyne was 2nd on the team with 10 Bundesliga goals and first on the team with 20 assists. The attacking menace has been linked with deals to both Manchester Clubs and would be a huge loss to the Wolfsburg hopes.

Wolfsburg leads a group of 2nd tier teams that include Borussia Monchenglabach, Bayern Leverkusen, FC Ausburg, Shalke 04, and Borrussia Dortmund. Monchenglabach might take a step back with the loss of one of their major scoring threats in Max Kruse to Wolfsburg. To make up for the loss they were able to sign former loanee Thorgan Hazard from EPL club Chelsea and add the young Centre Forward Josep Drmic from Leverkusen. USA International Fabian Johnson will also look to continue to improve on the wing and is poised to be more involved in the attack. 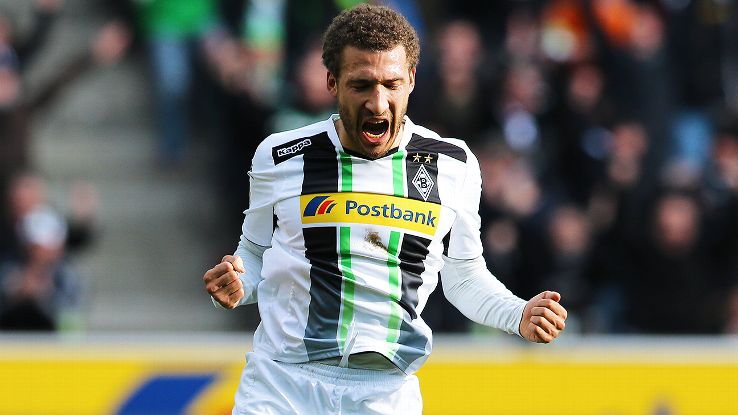 Bayern Leverkusen had a very successful year in 2014/15 but the true demonstration of their quality was a run into the round of 16 in the Champion’s league eventually falling to quarterfinalist Athletico Madrid. Leverkusen loses a key creative player from last year in Gonzalo Castro and a young striker in Drmic. They will look to new addition Chilean Charles Aranguiz to assist Hakan Çalhanoğlu in the midfield and create scoring opportunities for Karim Bellarabi, Stefan Kießling, and Son Heung-Min. Leverkusen solidifies the defense with the signing of Kyriakos Papadopoulos.

FC Augsburg lose a key component in LB Baba Rahman this week to Chelsea but return most of their key players from a surprising Bundesliga campaign. Shalke my be in for a down year if they can’t hold on to Julian Draxler and Klass Jan Huntelaar. Shalke still have eccentric playmaker Prince Boateng and defensively were able to sign former Man City defender Matija Nastasic after a successful loan spell at the club last year. Finally, the team that has fallen from grace after Bundesliga Titles in 2010 and 2011. Borussia Dortmund has played an exciting style of attacking football for the past half decade but were unable to hold onto their stars. Even worse, was the former Dortmund players Lewandowski and Mario Gotze left the club for hated rivals Bayern Munich. Last season was a failure for the BVB as they were pushed to the brink of relegation and the manager responsible for the years of success, Jurgen Klopp resigned. Dortmund will look to build off their late year run last season with Leading goal scorers Pierre-Emerick Aubameyang Marco Rues and Shinji Kagawa all returning. With the addition of Gonzalo Castro in the transfer window and not much else, Dortmund will look to Colombian striker Adrian Ramos, who scored 16 goals in his final year at Hertha BSC, to make a bigger impact this year.

Bayern are still the far and away favorites to win the title but in the chaotic open play of the Bundesliga there is always the opportunity for surprises. You can expect Wolfsburg, Dortmund, and Leverkusen to be fighting for second best when all is said and done as Bayern still seem to be on in other level. In case there was any doubt on how the Munich club would fare with new additions of Vidal and Costa, Bayern kicked off the season with a 5-0 demolition of lowly Hamburg SV on Friday. Here’s to another exciting season in the German Bundesliga!

← Isaac Chilemba: “I’m glad that I finally got the chance that will lead to challenging Stevenson for his WBC belt.”
2015-16: NHL Eastern Conference Predictions →